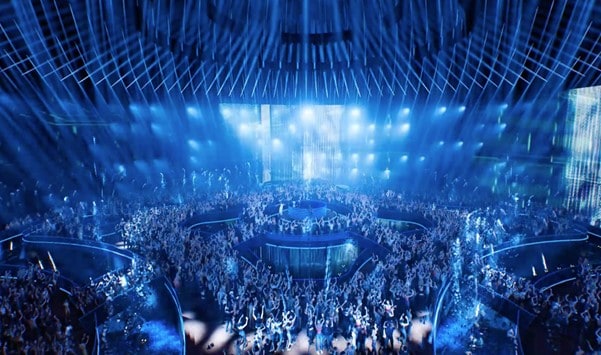 Based on this knowledge, the group is currently developing production and lighting designs for events in virtual worlds. VR (Virtual Reality), XR (Extended Reality) and AR (Augmented Reality) productions should feel real, convey a live feeling and expand the limits of today’s virtual environments. The X4 collective sees itself as a one-stop solution for bringing live events and entertainment into the digital world. Technically, the group relies on grandMA3 systems with the grandMA3 software.

As application examples, X4 has created a series of showcases that are intended to demonstrate the merging of the digital and real world. The first project was implemented with the support of Lightpower and Syncronorm. It shows a digital EDM event. The entire production design includes a dome structure with several movable truss circles and a floor plan with different floor heights, channels and bridges. The entire show is designed around the element of water and all other visual elements such as light, video and pyro come together to form a whole. 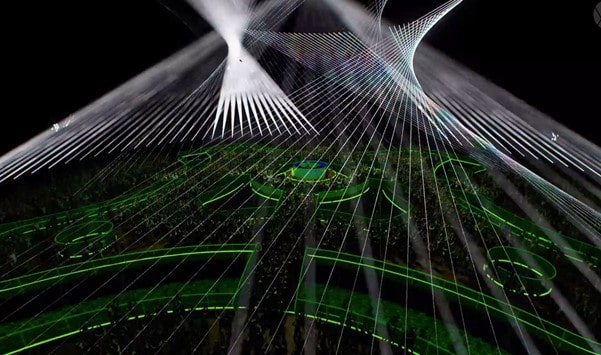 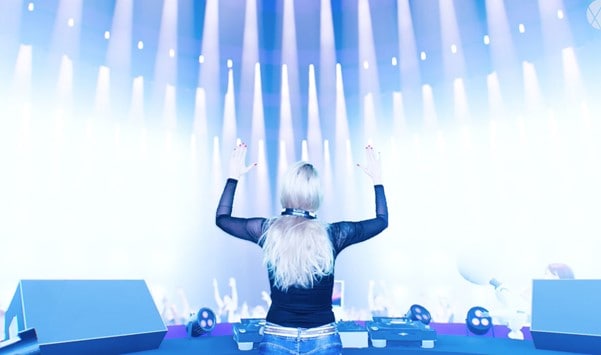 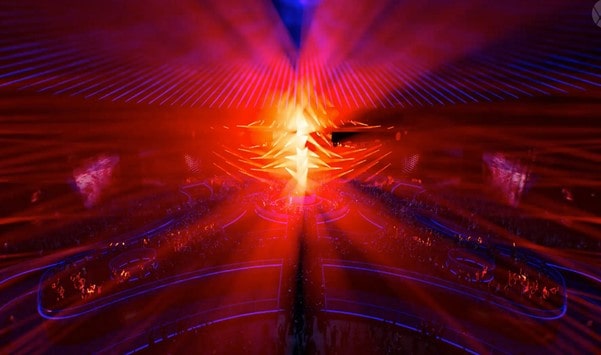 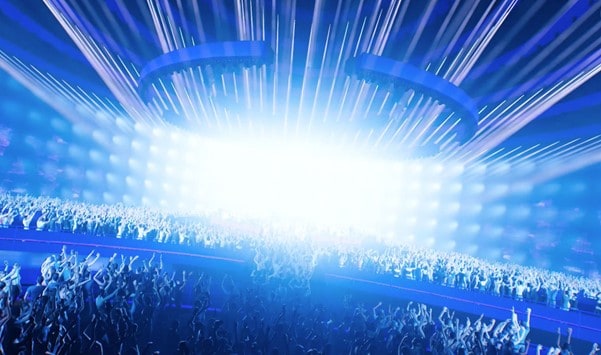 Markus Neubauer, who programmed the project, was convinced of the strengths of the grandMA3: “The grandMA3 system with its extended hardware components, such as the grandMA3 I / O node, is ideal for virtual production environments. The triggers required for this can be easily distributed to other components in the network, for example virtual cameras, audio consoles and green screen environments, via the system, for example via MIDI, SMPTE, etc. The selection grid, the possibility of a multi-dimensional fixture selection, helped us, especially in the 360-degree design, with the creation of phasers and other dynamic values. “

The entire design work as well as the production was carried out by X4. 19 virtual cameras provided the input for the video editing with a Final Cut Multicam system. Virtual characters like the robot Marvin were rigged and animated, and to bring some real life into the show, the presenter and DJ Laura was lit, filmed and integrated into the video in her own studio. The designers also added a virtual, animated audience. In addition, the music and the sound design were composed and produced by X4. A grandMA3 compact XT with two grandMA3 processing units XL and 28,723 parameters was used to realize this project.