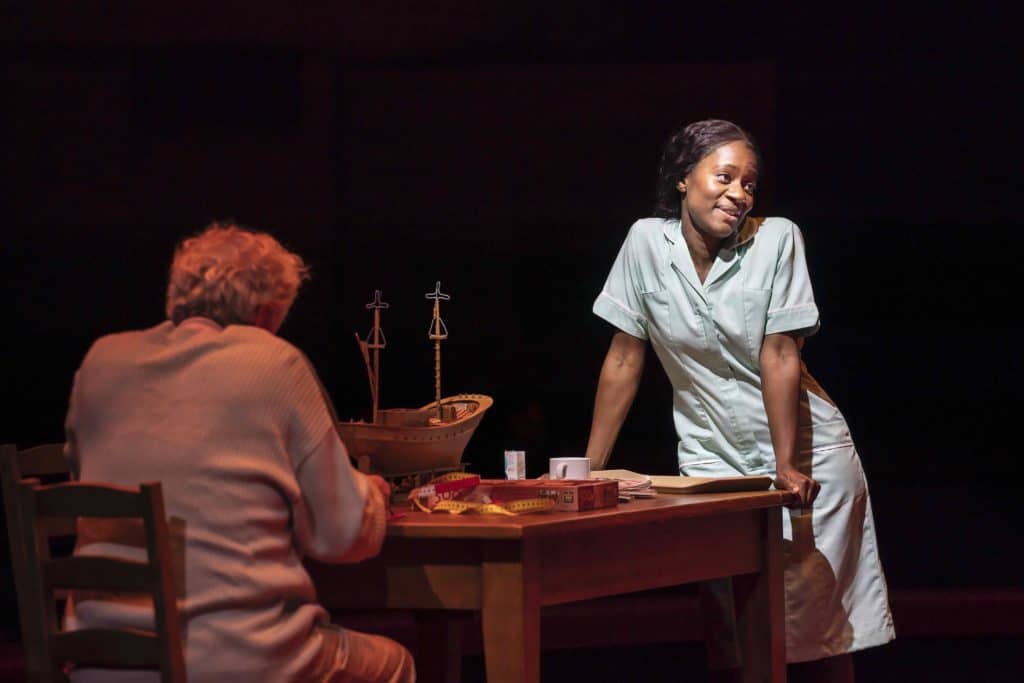 SpotMe is a unique performer tracking system that uses the skills of a followspot operator to determine positional data which can then be used to control any number of lighting fixtures in the rig, giving it a distinct aesthetic advancement over wholly automated tracking systems.

Lutkin, who has extensive experience of automated tracking systems – but none with a real person behind the light – was curious to explore the features of SpotMe. The result was a lighting design full of sculptural subtlety and creativity that went far beyond traditional tracking.

Jack Champion, National Theatre’s lighting supervisor for Under Milk Wood, explains: “Tim used SpotMe in a different style, hardly using the actual light output from the front followspots, but using instead the positional data generated by SpotMe to control the moving lights to follow the actors. He assigned one SpotMe system to lead actor Michael Sheen and the other SpotMe to cover the rest of the cast, and could use SpotMe to cherry pick the lights he needed at any certain moment, picking the actors up and ‘releasing’ them when he wished. This way he could, for example, follow an actor to a position with moving lights, then instead of fading off that set of lights to pick up someone else, he could remove just some of those moving lights from SpotMe control to leave them covering the stationary actor, then assign different lights to SpotMe with which to pick up another actor. It was clever, and a subtle and sophisticated way of using SpotMe that was much more fluid and organic, especially with the followspot operator being in control of the movement. It felt very smooth and theatrical and much more in keeping with the nature of the play.”

“SpotMe brilliantly re-creates the finesse, beauty and accuracy of real human follow spotting in your moving light rig,” says Lutkin. “The ability to grab a group of fixtures from anywhere in the lighting rig and then for them to accurately follow the actor in the space without the complications of wearing tags etc truly takes your design to the next level.

“The real magic of tracking is when it is used to subtly enhance a design and not just replace front of house follow spotting.”
Dan Murfin, National Theatre’s lighting controls manager agrees: “As a general rule, although actors move around a performance space organically, lighting is very cue based and we rely on effects and clever fades to build dynamism.  We may program fades to take people from one position to another, but effectively we are still moving from one lighting state to another. You never really ‘follow’ the actors and a lot of tech time is required to tweak the position and timing of the lights to achieve that effect. But SpotMe can do this instantaneously and in real time. It almost becomes a cueing tool with which to build the scene, creating dynamic lighting in conjunction with the movement of the followspots so you are not simply moving from one lighting state to another.

“I think one of the strongest points for SpotMe is the fact you have a human controlling the lights. Everything that a fully automated followspot system requires – switching into fast mode for rapid movement, dealing with overshoot, the latency when you have to use heavy prediction – is not necessary with SpotMe because the anticipation required is a natural extension of the followspot operator’s skill.

“Plus you are no longer restricted by number of followspots you have – now you can utilise the whole rig and even include video and other mediums. This type of lighting is very exciting and it’s an interesting creative area that is fairly new to this industry.”

SpotMe is much more than just a tracking tool, allowing full control over a fixture’s parameters. “Set up and calibration (which only needs to be done once) is the most time consuming part of the process,” says Murfin, “but once the markers are in place and the lights are calibrated the programming is straight forward. Fine tuning of the fixture parameters can all be done via SpotMe. You can, for example, track the zoom to reduce as a performer moves upstage, keep the same sharpness of beam, increase or decrease intensity of the beam to maintain a relative brightness as the actor moves closer or further from the light source, which is especially valuable for filming/televising. Once you know where a person is, you can do a lot more than just point the light at them. You simply attribute the same parameters as you would for any light, send it to SpotMe and let the technology do the rest. This makes SpotMe very useable for a lighting designer within the standard process of programming.” 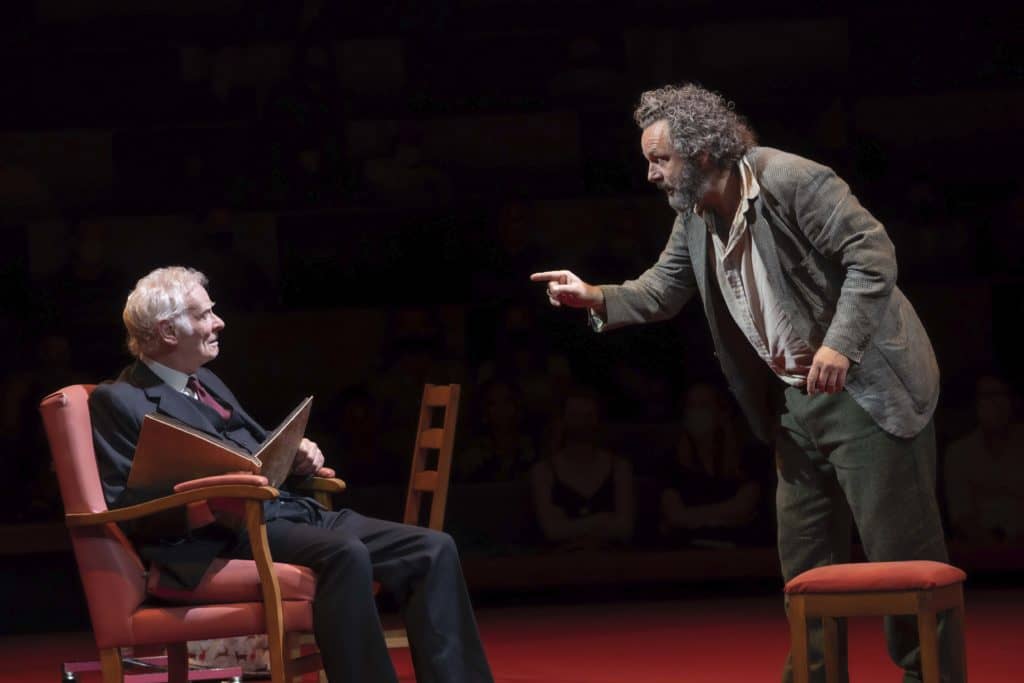 SpotMe has other, logistical advantages in addition to the design benefits as National Theatre’s lighting resources manager, Paul Hornsby, is keen to point out. “With our varied programme we have to be flexible. Followspot positions can change when we switch between in-the-round and straight-on configurations or with each show; followspot operators may be required to move between FOH bridge positions and rear-of-house spot box which calls for two sets of spot ops. Bridge positions can be uncomfortable and require the operators to be in position long before and after a performance. Riggers and operators must wear harnesses, and we have to be careful where and how tech such as cue lists, etc are placed. All of this carries Health & Safety issues and involves a lot of risk assessment. With SpotMe we can put the operators in the FOH spot box from where they can control the moving lights on the bridge as followspots, without having to be physically in that position. We can assign any fixture to work with SpotMe, so we can reach anyone in any position on the stage and control all the lights from the normal followspot position. It’s a much more enjoyable and safer experience. With Robert Juliat followspots and skilled operators already at our disposal, it was a logical step to invest in SpotMe.”

The SpotMe systems were supplied to the National Theatre by Ambersphere Solutions, Robert Juliat’s exclusive UK distributor.
Under Milk Wood ran from 16 June to 24 July 2021to high critical acclaim.

More information about Robert Juliat SpotMe and all Robert Juliat products can be found on https://www.tsm-int.com/product-category/lighting-fixtures/robert-juliat/